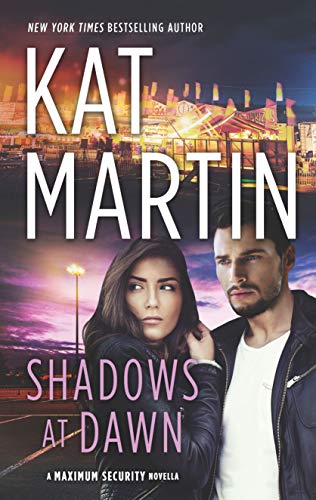 I’ve always loved a good plot.  People ask me how I come up with ideas for my novels, but the truth is, I really don’t know.

Sometimes the kernel of an idea grows out of a newspaper article or something I see on Facebook or just some old movie.  Most of the time, it’s so long ago I don’t actually remember, but my mind does.

The novella, SHADOWS AT DAWN, blossomed the way most of my stories do, basically out of nowhere.  Jaxon Ryker first appeared in THE CONSPIRACY, a former Navy SEAL, now a detective working for Chase Garrett, the wealthy owner of Maximum Security, an extremely successful private security firm in Dallas.

I liked Jax right away.  He was definitely hero material, but at the same time, Jax was different, kind of soft-spoken, not arrogant, just a really nice guy.  Unless you pissed him off.

Turns out Jax had a protective streak a mile wide and the sweet little receptionist at The Max was his weakness.

When Jax happens upon three men attacking her in the parking lot after work, his hero instincts kick in–big time.

Jax is convinced the attack isn’t random and that even after the fight that saved Mindy and drove the men away, she might not be safe.  And no way is Jax letting anything happen to her.

I liked the two of them together from the start.  These days, readers want kick-ass women, but there are other ways a woman can be strong.  What Jax sees is a sweet girl he believes would never be able to handle a tough guy like him.  But Mindy proves him wrong.

As the danger unfolds, Mindy and Jax are forced to work together to find the men who want her dead and figure out why.

I hope you’ll give this fun read a try and that you like Jax and Mindy as much as I did.  If you do, you can also find them in THE DECEPTION, book #2 of my Maximum Security Series after THE CONSPIRACY.

Till next time, happy reading and all best,