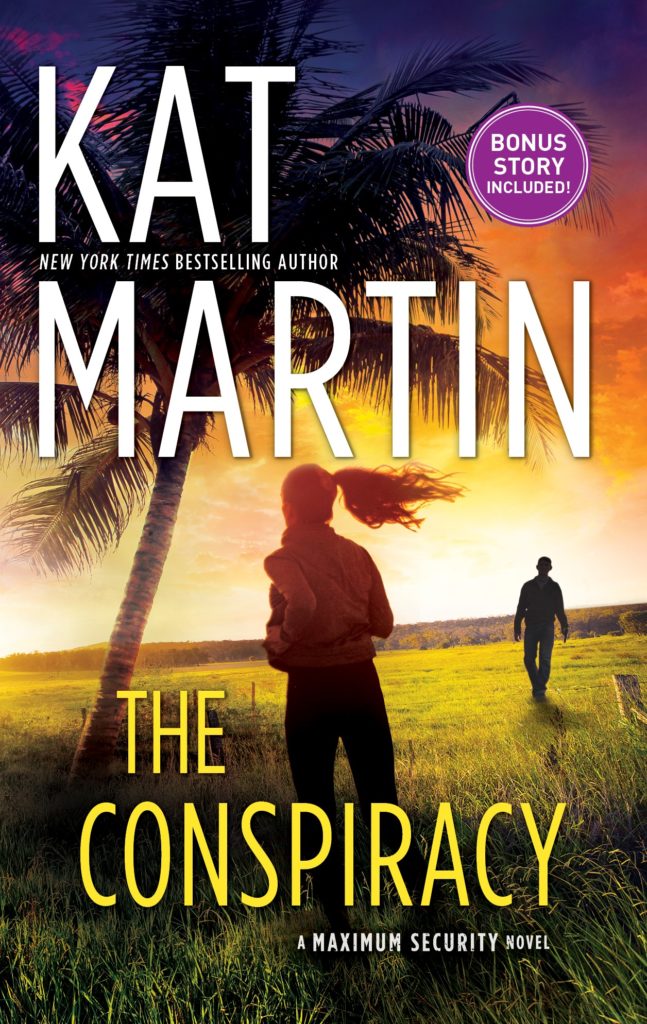 After several decades of writing, I’ve learned to accept the ups and downs of the business.  Mostly.

Unfortunately, with every book published, a new set of problems seem to arise.  Each time I’m certain my current release is going to go smoothly, but it never has.

When a publisher decides you have enough people who enjoy reading your novels more than once, who want to keep your books on their personal bookshelves, it’s time for your novel to come out in hardcover.  For an author, it’s beyond exciting.

It is also terrifying.

What if no one wants to pay the price of my hardcover novel?  What if my readers can’t afford it?  In my case, fortunately, the publisher kept the hardcover price reasonable as possible.  And now, six months later THE CONSPIRACY will be released in paperback on July 30th.

Before the hardcover decision was made on THE CONSPIRACY, the publisher assured me the process would go smoothly.  Lots of promotion.  Lots of information about the book out to readers.

NOT.  How about three different covers, then a change of title and starting all over?  Reviewers got the right book with the wrong title.  The wrong cover and title went up on Amazon, Barnes and Noble, Target, and God knows where else.

Heart failure for an author, that’s for sure.  By the way, if you see UNTIL MIDNIGHT somewhere on the internet, it’s actually THE CONSPIRACY.  That’s the book you’ll see on the stands.

I’m happy to say that those problems have all finally been corrected and my stress level had returned to semi-normal.  Mostly.

In the novel, Harper Winston’s brother has disappeared.  Pursuing his dream of sailing the Caribbean, Michael hasn’t responded to texts or emails in days.  When even the Coast Guard can’t find him, Harper is forced to take desperate measures.  Which means going to Chase Garrett, once her brother’s best friend, now the only man she can trust…or so she hopes.

As a private detective and the owner of Maximum Security, a highly successful Dallas security firm, the last thing Chase wants is to get involved in the Winstons’ snarled crime family.  But old loyalties die hard.

As the case draws him closer to Harper and deeper into trouble, Chase is forced to put everything on the line to keep Harper safe–and both of them alive.

I hope you’ll watch for THE CONSPIRACY, available in paperback on July 30th, and that you enjoy it.  Till next time, all best and happy reading, Kat