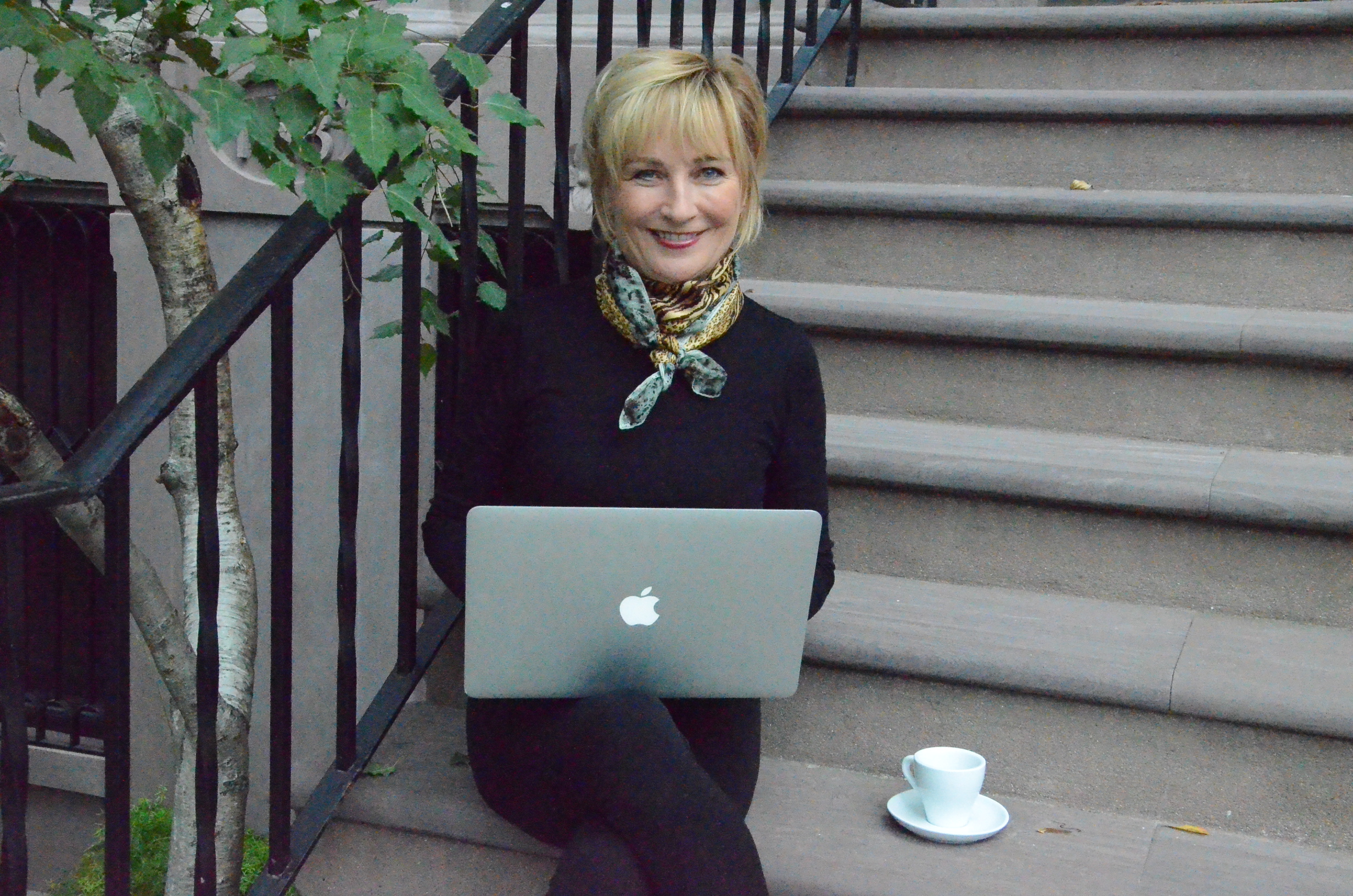 One of the really magical things about being an author is that when you’re in the process of writing, certain plot points sometimes seem to take shape completely out of nowhere and words spill onto the page without you being fully aware of having first formed them in your head. It’s a little like watching a bird being pulled from the tuxedoed sleeve of a magician.

I’d always heard writers describe this phenomenon, but it wasn’t until I started writing fiction in my forties (yes, there’s still time if you’ve been toying with the idea!) that I had the pleasure of experiencing it myself.

In the Bailey Weggins mystery I’m currently writing, for instance, I wanted to create a scene in which Bailey walks into the home of another reporter and makes a terrible discovery. I decided it would amp up the tension if I added a bit of foreshadowing—a simple but unsettling detail, like a door left oddly ajar. As I was writing the scene, I found myself suddenly describing a whoosh sound, and the next thing I knew, a bat was swooping through the room. Talk about a bat out of hell! I hadn’t planned that detail in advance, hadn’t even seen it coming, but I loved the way the bat added to the scene.

And in my new Bailey Weggins mystery, EVEN IF IT KILLS HER, the idea to set almost the entire book in the Berkshire Mountain area of Massachusetts also seemed to come totally out of the blue. It suddenly appeared in my mind as I was sitting in a café, enjoying a cup of tea.

As thrilling as these kinds of experiences are, there’s no crazy mystery to why they occur. They’re really just an example of the subconscious providing input. Laura Day, the author of Practical Intuition, once told me that she believed that one of the best ways to generate ideas is to put the question you need answered out to the universe. It primes your mind to be receptive to answers, whether they come from new experiences and information or from something tucked away in your subconscious.

I had put my questions to the universe (“Where should I set the new mystery?” “How do I make this scene scarier?”), and eventually my subconscious worked a little alchemy with material already stored there.

For instance, I’d been to a wedding in the Berkshires in 2014 and had found it intriguing.  And a few months ago I discovered a wayward bat hanging from a beam in my living room. Bats are sweet things, but they rattle me when they get too close. Spoiler alert: I made Bailey much braver at dealing with it than I was.

So maybe author magic isn’t in the same league as a Houdini trick, but it’s still pretty special. The anticipation of experiencing this magic is part of why I show up at my computer every day, despite the more tedious parts of writing.

You don’t even have to be an author to have this happen to you. It really works with any question you need a response to. Is there something you’re yearning to have an answer for? Maybe as simple as,  “What should I serve for dinner tonight?” or as profound as “What do I want to do next in life?”

Say it out loud, and then simply wait for a fascinating answer to pop out of our brain. Trust me, it will happen. 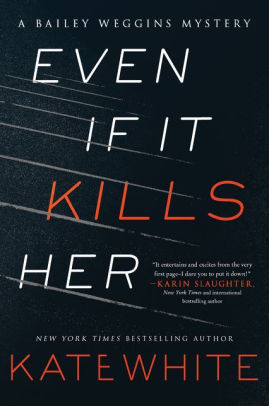 EVEN IF IT KILLS HER
Bailey Weggins Mystery #7
by Kate White
Harper Paperbacks
October 31, 2017

Bailey Weggins’ great new friend in college, Jillian Lowe, had everything going for her. Pretty, popular, and whip-smart, she lit up any room that she walked into. All of that dramatically changed during her sophomore year, when a neighbor became unhinged and murdered her family. Jillian immediately left school, and ever since, Bailey has felt guilty for not staying in closer contact and being a greater support to her friend.

Now, sixteen years later, Bailey is shocked to see Jillian at her book event, and even more stunned when her still-stunning friend approaches her with a case. The man accused of murdering her family is on the brink of being cleared of the crime through new DNA evidence. With the real killer walking free, Jillian is desperate for Bailey’s help to identify him and allow her the closure she yearns for.

As the two women return to Jillian’s childhood town to investigate, it doesn’t take long for their sleuthing to cause shock waves. Someone starts watching their every move. As they uncover deeply-guarded secrets, so shocking that they make Jillian rethink her entire relationship to her family, Bailey and Jillian find themselves in great peril. They must decide just how much they’re willing to risk to finally discover the truth about the Lowe family’s murder. 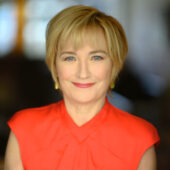 Kate White is the New York Times bestselling author of fourteen novels of suspense: six standalone psychological thrillers, including Have You Seen Me? (2020) and eight Bailey Weggins mysteries. Her first mystery, Even If It Kills Her, was a Kelly Ripa Book Club pick and #1 bestseller on Amazon. Her most recent Bailey Weggins mystery, Such a Perfect Wife (2109), was nominated for an International Thriller Writer Award. Kate's books have been published in countries around the world. She is also the editor of the Mystery Writers of America Cookbook, a collection of recipes from the field's top-selling authors. In addition to writing mysteries and thrillers, Kate is the author of several bestselling career books, including The Gutsy Girl Handbook:Your Manifesto for Success,as well as I Shouldn't Be Telling You This: How to Ask for the Money, Snag the Promotion, and Create the Career You Deserve. Before becoming a full-time novelist, she had a very successful career in the magazine business and was the editor-in-chief of Cosmopolitan for fourteen years.

Use this “Sherlock” Skill to Make Really Smart Decisions

Kate White is giving away an Advance Reader Copy of THE FIANCEE and a $25 Amazon gift card to one winner.