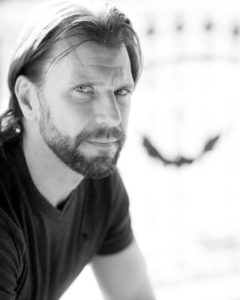 There is little more satisfying when writing a book as creating stories within the story. Looking back on my publishing history, this seems to be a theme with me. In one book, a successful novelist re-writes his manuscript to reflect what’s actually happening to him. In another, an imprisoned man is forced to type out pages of how he came to be where he is.

But never have I taken this concept further than I did with my new release, Mister Tender’s Girl. In the book, twenty-eight year-old Alice Hill continues to struggle with a horrifying incident in her past. At fourteen, she was stabbed by two classmates out of a tribute to a sinister graphic-novel character named Mister Tender, a character created by Alice’s own father. She survived the attack, moved continents, and changed her name. But a decade and a half later her past comes roaring back when Alice receives a package in the mail, revealing an unpublished Mister Tender graphic novel.

Writing Mister Tender’s Girl, I got a little obsessed with the back story of the fictional Mister Tender graphic novels. Who was Mister Tender? What did he look like? What made him evil? It eventually dawned on me he was a bartender and his specialty was convincing his woeful customers to do very bad things. I loved writing about him, but I really wanted to see him. 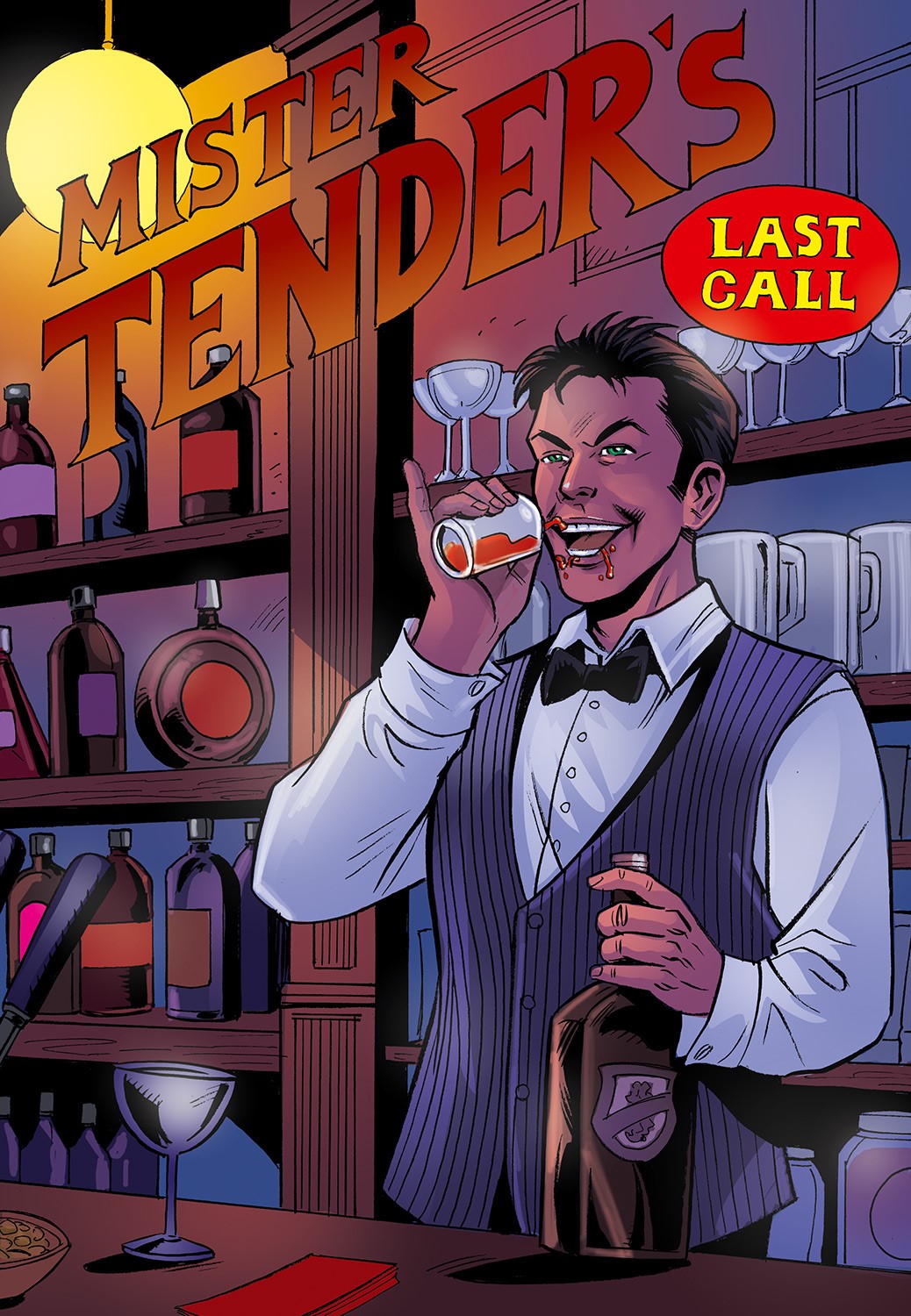 So I found an ex-DC Comics graphic illustrator in Switzerland and commissioned him to recreate the cover of the graphic novel Alice receives in the mail. I wasn’t sure what I was going to do with it, but I really wanted Mister Tender to come alive in full, blazing color. The results were stunning.

The Mister Tender graphic novels themselves are just one of the stories-within-the-story. Mister Tender was born in Chancellor’s Kingdom, the setting of the nightly bedtime tales Alice’s father used to tell her and her brother as children. Alice’s father would make up the stories on the spot, a continuous adventure whereby Alice and her brother had to journey through all the beautiful, bizarre, and often perilous lands of Chancellor’s Kingdom in an effort to find their way back home.

I reached back to my artist friend and asked if he could draw a few art panels of Chancellor’s Kingdom, because, as with Mister Tender, I wanted the visual element. I figured all this extra expense would eventually go to good use, but I still wasn’t quite sure where. I had this beautiful artwork and nothing to do with it.

Then I wrote the scene in the book where Alice is given a website and a password. As soon as I typed the web address in the manuscript, I knew I had to actually build the site, because I hated the idea of readers going to the address and finding nothing there. It was then I realized all the artwork I commissioned would be part of the website.

In the story, Alice logs on, sees the image of the graphic novel, scrolls through the panels of Chancellor’s Kingdom, and then uncovers…

Well, I don’t want to spoil the rest. But let’s just say within the chapters of Mister Tender’s Girl you’ll have the chance to experience the website just as Alice does, in all its creepy glory. 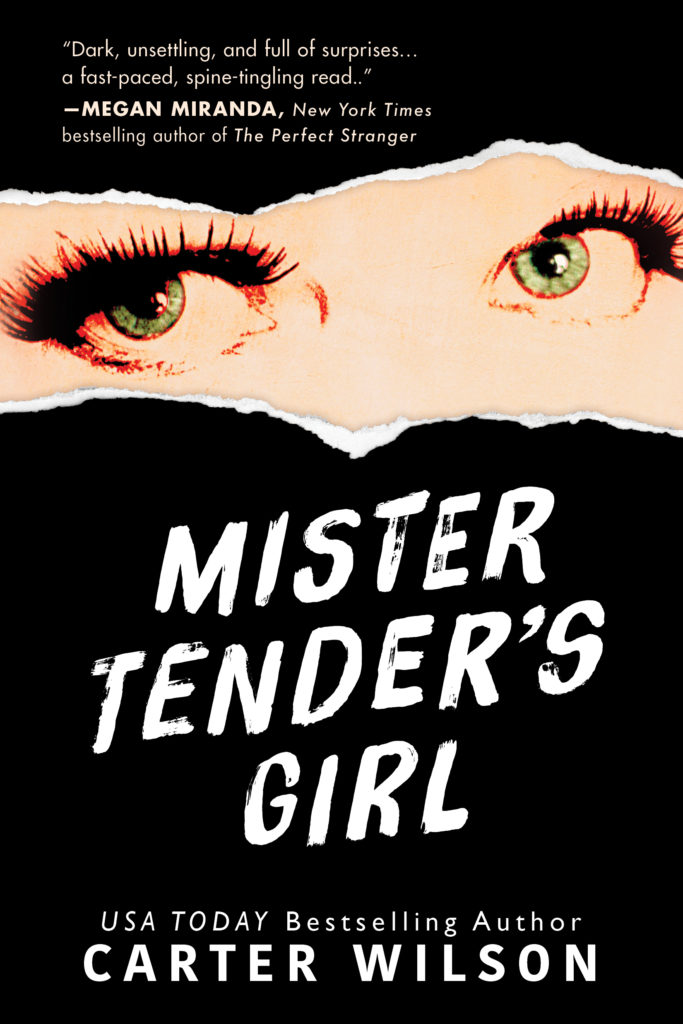 How far are you willing to go for Mister Tender?

At fourteen, Alice Hill was viciously attacked by two of her classmates and left to die. The teens claim she was a sacrifice for a man called Mister Tender, but that could never be true: Mister Tender doesn’t exist. His sinister character is pop-culture fiction, nothing more.

Over a decade later, Alice has changed her name and is trying to heal. But someone is watching her. They know more about Alice than any stranger: her scars, her fears, and the secrets she keeps locked away. She can try to escape her past, but he is never far behind.

Inspired by a true story, this gripping thriller plunges you into a world of haunting memories and unseen threats, leaving you guessing until the harrowing end.

“Wilson turns the creep factor up to 11, balancing his prose on a knife’s edge. A highly satisfying high-tension thriller.” — Kirkus

“In spare prose, Wilson ratchets up the horror spawned by obsession to a bloody end. For those who tolerate intense, sometimes graphic fiction, this is mesmerizing.” — Booklist, Starred Review 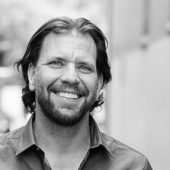 USA Today and #1 Denver Post bestselling author Carter Wilson explores the depths of psychological tension and paranoia in his dark, domestic thrillers. Carter is a two-time winner of the Colorado Book Award and his novels have received critical acclaim---including multiple starred reviews from Publishers Weekly and Library Journal. Born in New Mexico in 1970, Carter grew up primarily in Los Angeles before attending Cornell University in New York. He lived in Pittsburgh, San Francisco, and Miami before moving to Boulder, Colorado in 1996. Throughout his life, Carter has journeyed the globe for both work and pleasure, and his travels have been a constant source of inspiration in his fiction. Carter's writing career began on a spring day in 2003, when an exercise to ward off boredom during a continuing-education class evolved into a 400-page manuscript. Since that day, Carter has been constantly writing, and his highly anticipated fifth novel, Mister Tender's Girl, will be released in February 2018 by Sourcebooks Landmark. He has also contributed short fiction to various publications, and most notably will be featured in the R.L. Stine young-adult anthology Scream and Scream Again, releasing Halloween 2018 from HarperCollins. Carter currently lives outside Boulder in a spooky Victorian house.