My new release this month is DEADLY SECRETS, the 10th romantic suspense and last book in my Strong Women, Extraordinary Situations Series. I was excited about the premise of this story. I wanted to have a story about a past relationship that ended when the heroine left the hero at the altar. What would make a woman leave the man she loved the day she was to marry him? Then I wanted to explore what would happen when years later they would have to work together to save several kidnapped women—one the heroine’s niece. This story is charged with a lot of emotions and fast, heart pounding action.

DEADLY SECRETS was hard to write. I had to dig down emotionally to show the tough path both the heroine and hero went through. But also, I had to keep the suspense and action going at the same time. I felt as though I went through the wringer. By the time I finished the story, I was mentally exhausted and so ready to take some time off to fuel my creativity.

And I did take five days off. I’d planned on going longer than that. But yesterday a seed of an idea came to me for the first book in my new series—Everyday Heroes. The idea won’t let me not think about the story. I can picture the opening scene clearly as though I was witnessing what happened in front of me. So the cycle begins again. 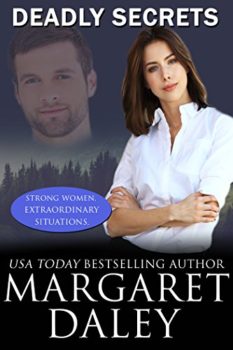 Sarah St. John, an FBI profiler, finally returns home after fifteen years for her niece’s wedding. But in less than a day, Sarah’s world is shattered when her niece is kidnapped the night before her vows. Sarah can’t shake the feeling her own highly personal reason for leaving Hunter Davis at the altar is now playing out again in this nightmarish scene with her niece.

Sarah has to work with Detective Hunter Davis, her ex-fiancé, to find her niece before the young woman becomes the latest victim of a serial killer. Sarah must relive part of her past in order to ensure there is a future for her niece and herself. Can Sarah and Hunter overcome their painful past and work together before the killer strikes again? 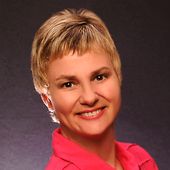 Fasten Your Seatbelt. Get Ready for Suspense and Romance From 8 Authors! 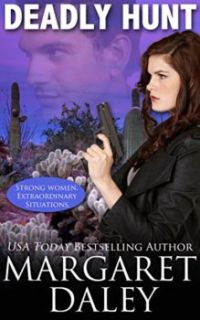 Margaret Daley is giving away a $10 e-gift card to Amazon for a US entry. A winner from any other country may choose one ebook from one of her series: Daring Escapes, Everyday Heroes, New Beginnings, or Strong Women, Extraordinary Situations.