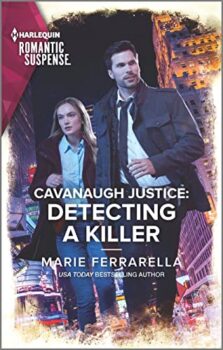 Finding a serial killer is their priority...

Working together is their challenge.

Detective Cassandra Cavanaugh is in New York to assist in a cold case. A long-lost cousin's body has been unearthed, the possible victim of a serial killer. While NYPD Detective Danny Doyle resents her intrusion in his case, his attraction to the feisty California cop is undeniable. But focused on their pursuit, they're unaware they're being shadowed by the killer... 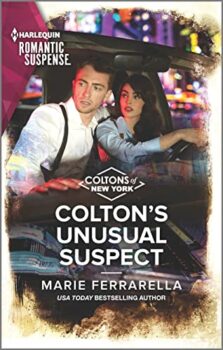 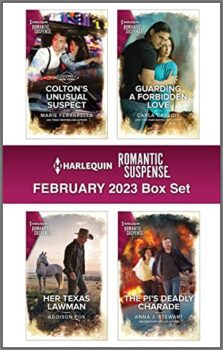 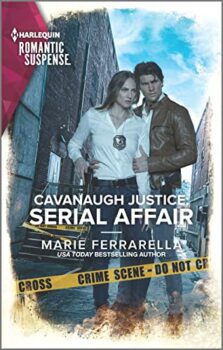 Born in West Germany, arrived in the U.S. at four, I began writing when I was eleven. I began selling many years after that. Along the way, I acquired a Masters in Shakespearean Comedy from Queens College in N.Y, a husband and two kids (in that order)---the dog came later.

My first romance was bought by Second Chance At Love November of 1981. The road from there to here has a hundred and thirty-seven more sales to it. I've been published by Silhouette, Harlequin, Zebra, Harper, Bantam and Berkeley. I've been fortunate enough to have received several Rita nominations from the Romance Writers of America Association over the years, with one win for Father Goose (in the Traditional Romance Category). I've also been nominated several times in various categories by Romantic Times Magazine. I hope to be found one day---many, many years from now---slumped over my computer, writing to the last moment. But before then, I would dearly love to write a successful screenplay. My goal has always been to entertain. Entertainment Weekly 2015 named me the fifth most prolific romance author of all time---and I have since moved up to the fourth position, having published 296 works.