To Catch a Treat

To Catch a Treat
by Linda O. Johnston

When a Dog-Snatching Scheme Leads to Murder, Carrie Must Sniff Out the Truth

Carrie Kennersly, veterinary technician and owner of the Barkery and Biscuits bake shop, agrees to a day of hiking with her brother Nealmostly because she wants to meet and critique his latest romantic interest, Janelle Blaystone. But instead of judging her, Carrie feels only sympathy for Janelle, whose beloved black Labrador, Go, was recently dognapped.

Janelle thinks the culprit is Ada Arnist, a wealthy homeowner spotted at the dog park where Go was stolen. Soon after Janelle confronts Ada, though, the woman is found dead. With Janelle and Neal on the suspect list, Carrie must solve the mystery before the police bark up the wrong tree.

"A mystery to delight dog lovers."Booklist

"A tale filled with fun, mystery and excitement."Suspense Magazine

"This sophomore outing is as delightful as its predecessor."Library Journal

Colton 911: Caught in the Crossfire 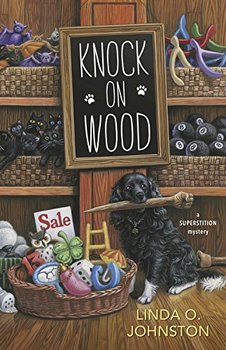 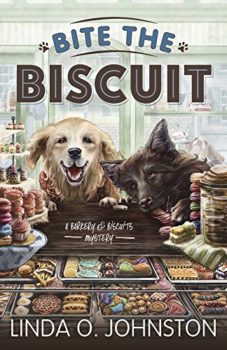 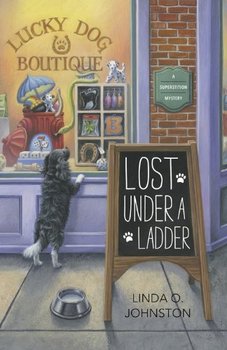 Linda O. Johnston, a former lawyer who is now a full-time writer, currently writes for Harlequin Romantic Suspense. Her stories include the upcoming Shelter of Secrets miniseries and the K-9 Ranch Rescue miniseries, as well as stories for the HRS ongoing Colton series. She also writes mysteries, which have included the Barkery & Biscuits Mystery Series and Superstition Mysteries for Midnight Ink, and the Pet Rescue Mystery Series and Kendra Ballantyne, Pet-Sitter Mysteries for Berkley Prime Crime—with more to come. And nearly all her current stories involve dogs.