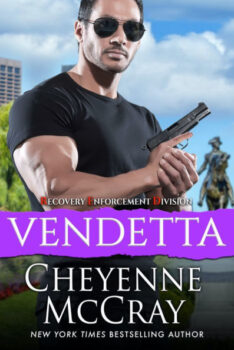 Special Agent Lexi Steele is an operative with RED—the Recovery Enforcement Division, a highly secretive offshoot of the NSA. Her sexy, too-hot-to-handle partner, Nick Donovan, gets inside her in a way no man has ever done before.

Lexi and Nick are on the trail of Karl Bachmann, a criminal mastermind who deals in sex slavery. To Lexi’s shock, her team is ordered to pull back. Despite the horrendous crimes Bachmann has committed, they are forced to stop their investigation. Lexi is furious—why would the government let a criminal like Bachmann get away?

Bachmann is out for revenge and is bent on destroying Lexi. When her family is targeted, it’s a run against time as Lexi and Nick search for a missing family member and the man behind it. They find themselves in a web of deceit and betrayal that goes to the very core of the U.S. Government itself.

In the midst of all the turmoil, Lexi fights her emotions for Nick, a distraction she can’t allow. Nick wants her trust and her love…something she doesn’t know if she’ll ever be able to give.

Originally published July 2012 as THE TEMPTATION, A Lexi Steele Novel Book 3, in eBook by Pink Zebra Publishing — this edition has been slightly revised.

Other Books by Cheyenne McCray 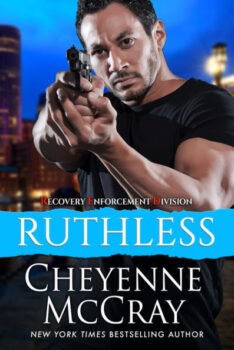 Cheyenne McCray is an award winning, New York Times and USA Today Bestselling author of upward of 100 novels and novellas. Chey grew up on a ranch in the southeastern corner of Arizona, and enjoys building worlds her readers can get lost in. She lives in a small Arizona town with her hubby and a growing menagerie that includes two dogs (Checkers and Nikki), three ducks (the neighborhood celebrities), and a small flock of chickens. She enjoys gardening, crazy quilting, baking, and of course writing. Find out what Chey is up to these days—cruise her website, follow her on Facebook and Twitter, and even drop her a line or two.