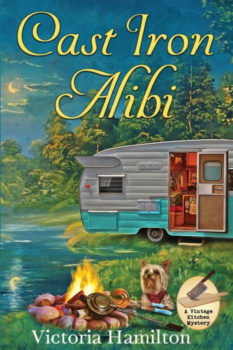 In the new Vintage Kitchen Mystery from the author of Breaking the Mould, when an over-amorous handyman is found murdered, Jaymie will have to use every tool at her disposal to nab the culprit . . .

Looking forward to her girls-only college reunion vacation, Jaymie’s on cloud nine at the idea of lazy trips to the beach, dinner cruises on the nearby river, and snug sleeping in the vintage trailer she’s renovated. But no sooner does the group reconnect than her hopes turn to tension as petty squabbles and old acrimonies surface, along with tagalong friends, unexpected guests, and stalkerish ex-husbands. And when a local toolbelt Romeo with an eye for one of the women is found murdered, his home ablaze, the simmering hostility in the group suddenly shifts to secrecy.

Local law enforcement is zeroing in on the victim’s best friend and girlfriend as the most likely suspects, but Jaymie’s inquisitive instincts are telling her one of her former classmates may have been involved in the foul deed. Forced to navigate her fraught relationship with a local police detective and determined to uncover the myriad secrets her college friends are hiding, Jaymie knows she’ll have to dig deep to figure out whose alibi is cast iron, and whose is flimsy as tin . . .

Other Books by Victoria Hamilton 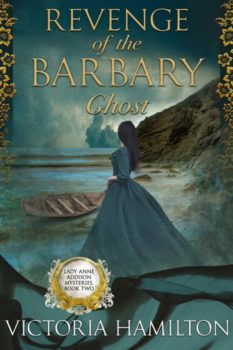 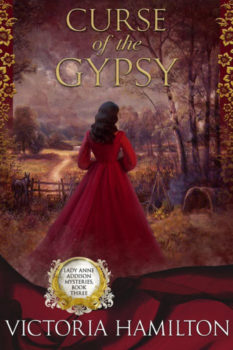 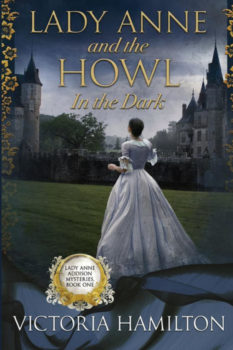 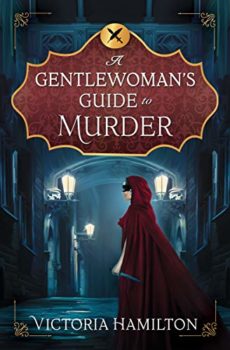 Death of an English Muffin
A Merry Muffin Mystery #3

Bowled Over
A Vintage Kitchen Mystery #2

Victoria Hamilton is the pseudonym of nationally bestselling romance author Donna Lea Simpson. Victoria is the national bestselling author of two mystery series, the Vintage Kitchen Mysteries and Merry Muffin Mysteries, as well as the Teapot Collector Mysteries as Amanda Cooper. She is also the bestselling author of Regency and historical romance as Donna Lea Simpson. Her latest adventure in writing is a Regency-set historical mystery series, starting with A Gentlewoman’s Guide to Murder! Don’t miss out on this bold, adventurous series featuring gentlewoman Miss Emmeline St. Germaine, a young lady intent on defying every expectation that she will be demure and retiring; she’s a lady with a dagger, and she knows how to use it. Victoria loves to read, especially mystery novels, and enjoys good tea and cheap wine, the company of friends, and has a newfound appreciation for opera. She enjoys crocheting and beading, but a good book can tempt her away from almost anything… except writing! She now happily writes about vintage kitchen collecting, muffin baking and dead bodies for publisher Beyond the Page for the Vintage Kitchen Mysteries (the first five books of the series were published by Berkley Prime Crime) and Merry Muffin Mystery series, moving also to Beyond the Page. Visit Victoria at http://www.victoriahamiltonmysteries.com for availability of her books, some of which have also been published in Large Print and Audio formats! You can find out more about her and all of her series at her website, as well as on Facebook and Pinterest.