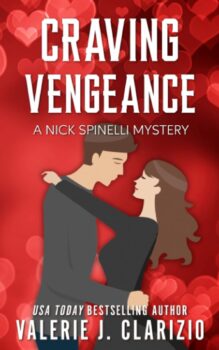 Alpha detectives shouldn’t have to dress as cupid.
Social workers generally aren’t murder suspects.
Working together is the only way for Nick and Shannon to save face.

Nick Spinelli’s normal life as a homicide detective has been catapulted into a whirlwind of chaotic holiday adventures since he met the exquisite Shannon O’Hara. Nick had hoped to spend his first Valentine’s Day with Shannon in a traditional manner, starting with a nice dinner out and then ending with a long warm adventurous night in her arms. His plans quickly change when cupid is found murdered in a back alley.

Shannon is linked to the victim and when another cupid turns up dead, it is discovered that she’s linked to him too. Spinelli is motivated to go undercover as a singing valentine dressed as cupid, complete with wings and a quiver of arrows. The stress ignited by the day’s events, causes sparks to fly between Spinelli and Shannon as he struggles to piece it all together and stop the string of slayings.

With Shannon’s ties to the victims, is it possible Spinelli is next on the killer’s list?

Other Books by Valerie J. Clarizio 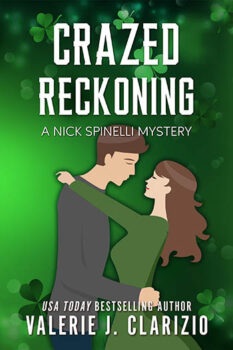 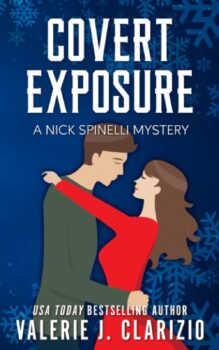 Valerie Clarizio is a USA Today bestselling author who lives in romantic Door County Wisconsin with her husband and extremely spoiled cat. She loves to read, write, and spend time at her cabin in the Upper Peninsula of Michigan. She's lived her life surrounded by men, three brothers, a husband, and a male Siamese cat who required his own instruction manual. Keeping up with all the men in her life has turned her into an outdoors enthusiast, of which her favorite activity is hiking in national parks. While out on the trails, she has plenty of time to conjure up irresistible characters and unique storylines for her next romantic suspense or sweet contemporary romance novel.