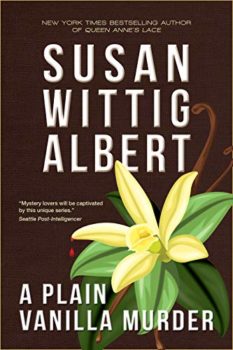 China and Ruby Wilcox are presenting their annual “Not Just Plain Vanilla Workshop,” always a huge hit with customers at Thyme & Seasons Herb Shop. But someone involved with the workshop is driven by a deadly motive, and China soon finds herself teaming up with the very pregnant Pecan Springs police chief Sheila Dawson to solve a vanilla-flavored murder.

Sheila, happy to get out from behind the chief’s desk, is investigating the death of a botany professor, a prominent researcher specializing in vanilla orchids. China is trying to help a longtime friend: the dead professor’s ex-wife and a prime suspect in his murder.

However, there’s no shortage of other suspects: a betrayed lover, a disgruntled graduate student, jealous colleagues, and a gang of orchid smugglers. But the lethal roots of this mystery reach back into the dark tropical jungles of Mexico, where the vanilla vine was first cultivated. At stake: a lucrative plant patent, an orchid that is extinct in the wild, and the life of an innocent little girl.

A Plain Vanilla Murder is a flavorful blend of mystery and herb lore, present sins and past secrets, and characters who are as real as your next-door neighbors—stirred together in an absorbing novel that only Susan Wittig Albert could create.

Other Books by Susan Wittig Albert 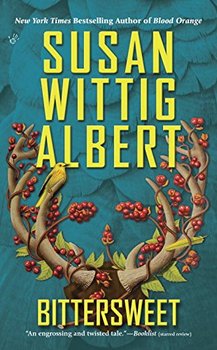 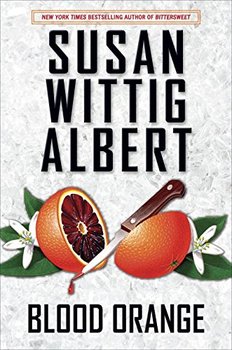 As a writer, I work in three genres, mystery, historical fiction, and memoir. My mysteries include the China Bayles Herbal Mysteries and The Darling Dahlias, about a Southern garden club in the 1930s, as well as an eight-book series, the Cottage Tales of Beatrix Potter, and the 12-book series that my husband Bill Albert and I coauthored under the pseudonym of Robin Paige. My historical fiction includes LOVING ELEANOR, about the intimate friendship of Eleanor Roosevelt and Lorena Hickok and A WILDER ROSE, about the mother-daughter team that produced the Little House books. A WILDER ROSE is currently under film option with ThinkFactory Media.

Bill and I live in the Hill Country of Central Texas, where I write, garden, raise chickens, and practice the fiber arts. You can find out more in my two memoirs: TOGETHER, ALONE: A MEMOIR OF MARRIAGE AND PLACE; and AN EXTRAORDINARY YEAR OF ORDINARY DAYS.