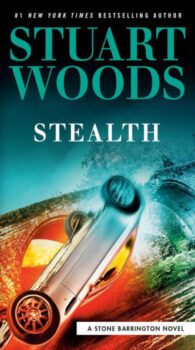 Stone Barrington must trap a ruthless defector in this heart-stopping thriller from fan favorite Stuart Woods.

Stone Barrington is trying to enjoy some downtime at his English retreat when he’s unceremoniously sent off to the remote reaches of the UK and into a deadly snare. As it turns out, this is only the first volley by a rival power, one that has its eyes set on disrupting the peace of the nation.

With the help of two brilliant and stunning women, Stone must leverage a new position of power to capture a villain with a lethal agenda. But the closer he comes to nabbing the culprit, the more he realizes there’s a bigger plan at work, and a true mastermind who’s a force to be reckoned with . . .

Other Books by Stuart Woods 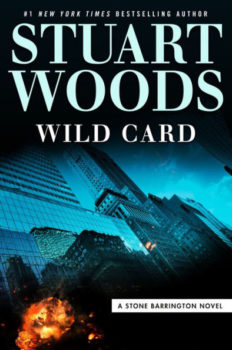 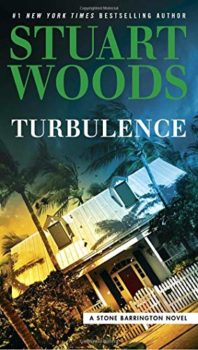 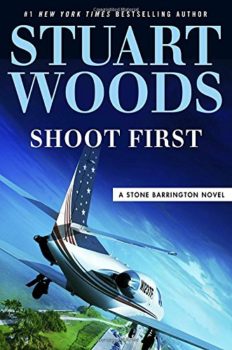 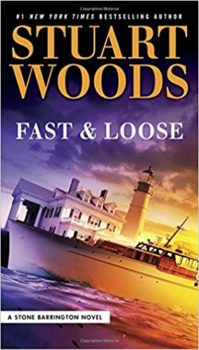 Grass Roots
A Will Lee Novel

After college, he spent a year in Atlanta and two months in basic training for what he calls “the draft-dodger program” of the Air National Guard. Then, in the autumn of 1960, he moved to New York, in search of a writing job. The magazines and newspapers weren’t hiring, so he got a job in a training program at an advertising agency, earning seventy dollars a week. “It is a measure of my value to the company,” he says, “that my secretary was earning eighty dollars a week.” He spent the whole of the nineteen-sixties in New York, with the exception of ten months, which he spent in Mannheim, Germany, at the request of John F. Kennedy. The Soviets had built the Berlin Wall, and Woods, along with a lot of other national guardsmen, was sent to Germany, “. . . to do God knows what,” as he puts it. What he did, he says, was ” . . . fly a two-and-a-half-ton truck up and down the autobahn.” He notes that the truck was all he ever flew in the Air Force.

At the end of the sixties, he moved to London and worked there for three years in various advertising agencies. In early 1973, he decided that the time had come for him to write the novel he had been thinking about since the age of ten. He moved to Ireland, where some friends found him a small flat in the stableyard of a castle in south County Galway, and he supported himself by working two days a week for a Dublin ad agency, while he worked on the novel. Then, about a hundred pages into the book, he discovered sailing, and “. . . everything went to hell. All I did was sail.”

After a couple of years of this his grandfather died, leaving him, “. . . just enough money to get into debt for a boat,” and he decided to compete in the 1976 Observer Singlehanded Transatlantic Race (OSTAR). Since his previous sailing experience consisted of, “. . . racing a ten-foot plywood dinghy on Sunday afternoons against small children, losing regularly,” he spent eighteen months learning more about sailing and celestial navigation while his new 30-foot yacht, a Ron Holland design called Golden Harp, was being built at a yard in Cork. He moved to a nearby gamekeeper’s cottage on a big estate, on the Owenboy River, above Cork Harbor, to be near the boatyard.

The race began at Plymouth England in June of ’76. He completed his passage to Newport, Rhode Island in forty-five days, finishing in the middle of the fleet, which was not bad since his boat was one of the smallest. How did he manage being entirely alone for six weeks at sea? “The company was good,” he says.

The next couple of years were spent in Georgia, writing two non-fiction books: Blue Water, Green Skipper was an account of his Irish experience and the transatlantic race, and A Romantic’s Guide to the Country Inns of Britain and Ireland, which was a travel book, done on a whim. He also did some more sailing. In August of 1979 he competed, on a friend’s yacht, in the tragic Fastnet Race of 1979, which was struck by a huge storm. Fifteen competitors and four observers lost their lives, but Stuart and his host crew finished in good order, with little damage. (The story of the ’79 Fastnet Race was told in the book, Fastnet Force 10, written by a fellow crewmember of Stuart, John Rousmaniere.) That October and November, he spent skippering his friend’s yacht back across the Atlantic, with a crew of six, calling at the Azores, Madeira and the Canary Islands and finishing at Antigua, in the Caribbean.

In the meantime, the British publisher of Blue Water, Green Skipper, had sold the American rights to W.W. Norton, a New York publishing house, who also contracted to publish his novel, on the basis of two hundred pages and an outline, for an advance of $7500. “I was out of excuses to not finish it, and I had taken their money, so I finally had to get to work.” He finished the book and it was published in March of 1981, eight years after he had begun it. The novel was called Chiefs.

Though only 20,000 copies were printed in hardback, the book achieved a large paperback sale and was made into a six-hour television drama for CBS-TV, starring Charlton Heston, at the head of an all-star cast that included Danny Glover, Billy Dee Williams and John Goodman. The 25th anniversary of Chiefs came in March, 2006, and W.W. Norton published a special commemorative replica edition of the hardcover first edition, which can still be ordered from any bookstore.

Chiefs established Woods as a novelist. The book won the Edgar Allan Poe prize from the Mystery Writers of America, and he was later nominated again for Palindrome. More recently he was awarded France’s Prix de Literature Policiere, for Imperfect Strangers. He has since been prolific, having published forty-three novels. His publishers have asked him to write three books a year, instead of two. A new Ed Eagle novel, Santa Fe Edge, will be published on September 20, 2010. It is his 44th novel. In January, a new Stone Barrington novel, Strategic Moves, will be published, followed by another Stone, Bel-Air Dead, in April, 20011. He has just concluded negotiations for three more novels to be published in 2011 and 2012.

After publishing fifteen novels before appearing on the New York Times bestseller list, he has since had twenty-eight straight bestsellers on the the Times hardcover list.

He is a licensed, instrument-rated private pilot, with 3,200 hours total time, and until recently flew a Jetprop, which is a Piper Malibu Mirage a six-passenger, pressurized single-engine turboprop. He sails on other peoples’ boats, owns a Hinckley T38 power boat and is a partner in a 85-foot 1935 Trumpy motor yacht, Enticer, on the cover of Loitering With Intent), which has been recently restored to like-new condition.. He is now flying his first jet, a Cessna Citation Mustang.

Stuart Woods is once again a born-again bachelor and lives with a Labrador Retriever named Fred in Key West, Florida, on Mount Desert Island, in Maine, and in New York City. (Of a warm nature, he says he’s always looking for 70 degrees Fahrenheit.)