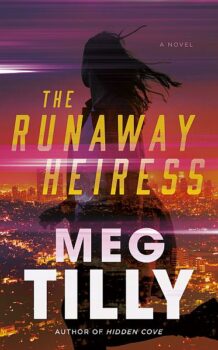 The Runaway Heiress
by Meg Tilly

A brave woman on the run from her vindictive husband faces a dangerous path in the thrilling new romantic suspense novel from Oscar-nominated actress Meg Tilly.

Sarah Rainsford has been on the run for more than three years. She's changed identities yet again in hopes of throwing her violent estranged husband, a police lieutenant, off her trail. Since she's still legally married to him, and he is willing to bend any laws to get his hands on her inheritance, Sarah is worth far more to him dead than alive.

With a new name and fake ID papers, she lands a job as a personal assistant to none other than Hollywood's golden boy director Mick Talford. He's a difficult client but she senses hidden depths to him. Once Mick and Sarah combine forces in a desperate attempt to keep Sarah out of harm's way, they build a strong bond . . . but with danger trailing them, is it enough to keep them both alive?

Other Books by Meg Tilly 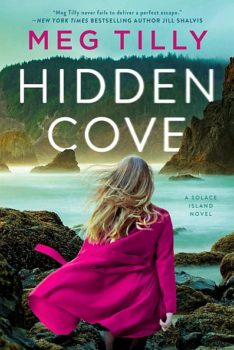 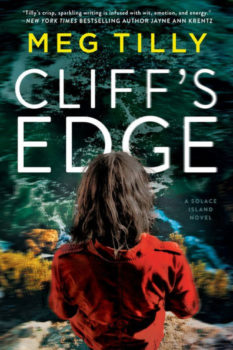 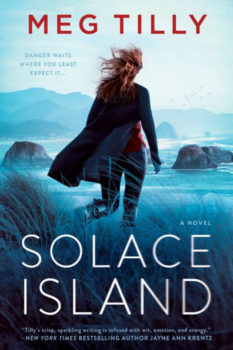 You know her as Meg Tilly, the Canadian American, Golden Globe-winning "Agnes of God" actress, who credits also include "The Big Chill and "Valmont." But now the star of stage and screen starring opposite Brad Pitt in the May 26 Netflix movie, "War Machine," is launching a new career---as a romance novelist! With six highly acclaimed women's fiction and young adult novels published in Canada, now Meg's writing the kind of books she's always loved to read.