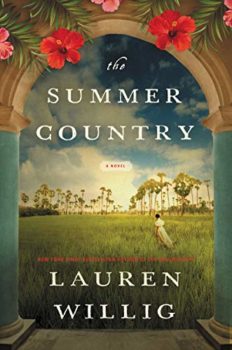 The Summer Country
by Lauren Willig

Barbados, 1854: Emily Dawson has always been the poor cousin in a prosperous English merchant clan— merely a vicar’s daughter, and a reform-minded vicar’s daughter, at that. Everyone knows that the family’s lucrative shipping business will go to her cousin, Adam, one day. But when her grandfather dies, Emily receives an unexpected inheritance: Peverills, a sugar plantation in Barbados—a plantation her grandfather never told anyone he owned.

When Emily accompanies her cousin and his new wife to Barbados, she finds Peverills a burnt-out shell, reduced to ruins in 1816, when a rising of enslaved people sent the island up in flames. Rumors swirl around the derelict plantation; people whisper of ghosts.

Why would her practical-minded grandfather leave her a property in ruins? Why are the neighboring plantation owners, the Davenants, so eager to acquire Peverills? The answer lies in the past—a tangled history of lies, greed, clandestine love, heartbreaking betrayal, and a bold bid for freedom.

THE SUMMER COUNTRY will beguile readers with its rendering of families, heartbreak, and the endurance of hope against all odds.

Other Books by Lauren Willig 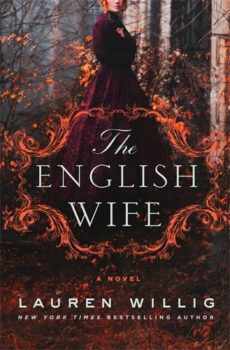 The Masque of the Black Tulip

A native of New York City, Lauren Willig has been writing ever since she got her hands on her first romance novel at the age of six. Three years later, she sent her first novel off to a publishing house—all three hundred hand-written pages. They sent it back. Undaunted, Lauren has continued to generate large piles of paper and walk in front of taxis while thinking about plot ideas. After thirteen years at an all girls school (explains the romance novels, doesn’t it?), Lauren set off for Yale and co-education, where she read lots of Shakespeare, wrote sonnet sequences when she was supposed to be doing her science requirement, and lived in a Gothic fortress complete with leaded windows and gargoyles. After college, she decided she really hadn’t had enough school yet, and headed off to that crimson place in Cambridge, Massachusetts for a degree in English history. Like her modern heroine, she spent a year doing dissertation research in London, tramping back and forth between the British Library and the Public Records Office, reading lots of British chick lit, and eating far too many Sainsbury’s frozen dinners. By a strange quirk of fate, Lauren signed her first book contract during her first month of law school. She finished writing “Pink Carnation” during her 1L year, scribbled “Black Tulip” her 2L year, and struggled through “Emerald Ring” as a weary and jaded 3L. After three years of taking useful and practical classes like “Law in Ancient Athens” and “The Globalization of the Modern Legal Consciousness”, Lauren received her J.D. magna cum laude from Harvard Law School. For a year and a half, she practiced as a litigation associate at a large New York law firm. But having attained the lofty heights of second year associate, she decided that book deadlines and doc review didn’t mix and departed the law for a new adventure in full time writerdom. With all that extra time on her hands, Lauren branched out into a few new projects, including teaching a class at Yale called “Reading the Regency Romance”, an exploration of the rise and development of the Regency romance sub-genre from Austen, Heyer, and McNaught up through all the more bizarre modern permutations, including “wallpaper” historicals, Regency vampires, and Austen-inspired chick lit. Right now, Lauren is hard at work on new stand alone novels set in various intriguing time periods. For more information on current work, just check out the FAQ section or the News Page!