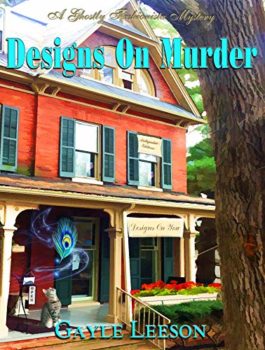 Designs On Murder
by Gayle Leeson

What if you discovered your lively new friend wasn’t really…alive?

Amanda Tucker is excited about opening her fashion design studio in Shops On Main, a charming old building in historic Abingdon, Virginia. She didn’t realize a ghost came with the property! But soon Maxine “Max” Englebright, a young woman who died in 1930, isn’t the only dead person at the retail complex. Mark Tinsley, a web designer with a know-it-all attitude who also rented space at Shops On Main, is shot in his office.

Amanda is afraid that one of her new “friends” and fellow small business owners is his killer, and Max is encouraging her to solve Mark’s murder a la Nancy Drew. Easy for Max to want to investigate—the ghostly fashionista can’t end up the killer’s next victim!

Other Books by Gayle Leeson 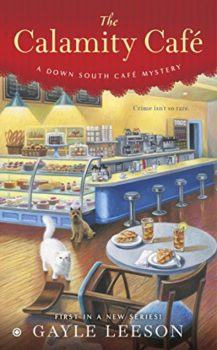