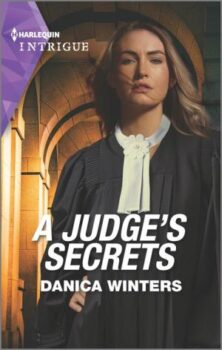 A Judge's Secrets
by Danica Winters

She fights for truth and justice.

It could get her killed.

Judge Natalie DeSalvo never feared revenge from those she convicted, but after her mentor is poisoned and her car is bombed, she knows she’s not safe. Who wants her dead? And why? Trusting military contractor Evan Spade to protect her and search for her assailant leads to shocking secrets…while trusting her heart leads to danger she never imagined.

Discover more action-packed stories in the STEALTH: Shadow Team series. All books are stand-alone with uplifting endings but were published in the following order:

Other Books by Danica Winters 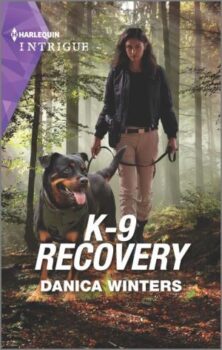 Her Assassin for Hire
Stealth Book 3

In His Sights
Stealth Book 2

Dust Up with the Detective

Danica Winters is a Publishers Weekly, Walmart, and Amazon bestselling author who has won multiple awards for writing books that grip readers with their ability to drive emotion through suspense and occasionally a touch of magic. Her books have won numerous awards, but she says that her greatest joy is hearing that the worlds she creates have helped to provide escapes for those who need it most. She loves to travel to meet her fans, sign books, and participate in book festivals, reader events, and industry conferences. She is also the co-owner of Self-Publishing Services, LLC. SPS is a successful and lucrative company owned and run by Montana women. SPS is partnered with Apple Books, Barnes and Noble, and Draft 2 Digital. In addition to her writing and publishing, she spends a great deal of her time mentoring up-and-coming authors in every genre from children’s fiction to science fiction. Books are her passion and her life. When she’s not working, she can be found in the wilds of Montana with her husband and two children (all love books). Her daughter often helps her handle her fan mail. Danica Winters is represented by the amazing Jill Marsal of the Marsal Lyon Literary Agency, LLC.