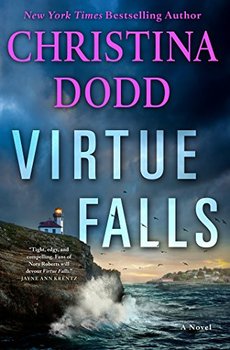 Twenty-three years ago, in the coastal town of Virtue Falls,
Washington, four-year-old Elizabeth Banner witnessed her
mother’s brutal murder. Elizabeth’s father was
convicted of killing Misty and sentenced to prison, and
Elizabeth was sent to live with relatives. Now she is back
in Virtue Falls, a geologist like her father, her life
guided by logic and facts. But nothing can help her through
the chaos that follows the return of her ex-husband, Garik
Jacobsen, an FBI agent on probation and tortured by the
guilt of his past deeds. Nor can it help her deal with her
father, now stricken with Alzheimer’s and haunted by
Misty’s ghost…