Because I'm Watching
by Christina Dodd

She had survived, but she is still held captive...
Of her memories, her loneliness, her delusions. But are they truly delusions?

The survivor of a college dorm massacre, a woman accused of her lover's murder, Madeline Hewitson is haunted by ghosts and tormented by a killer only she can see. At night, she works, writing and drawing the monster that slithers through her imagination, and living in fear of those moments when the doors of her mind unhinge and her nightmare lives in the daylight.

A seasoned military veteran, Jacob Denisov lives alone in his small, darkened home, sleepless, starving, and angry. Every day he lives with the guilt that comes from his own failures and the carnage that followed. When neighbor Madeline Hewitson drives her car through the front wall of his house, she breaks his house---and his life---wide open. Forced to view the world outside, Jacob watches Maddie, recognizes a kindred spirit and wonders what she fears more than herself. Has someone caught her in a twisted labyrinth of revenge and compassion, guilt and redemption, murder and madness?

When Maddie's imaginary killer takes form, she fights, screaming her fear and defiance. But will she be strong enough to triumph, or is the killer she fears no more than a shadow, an illusion ... that watches?

From this "master of the genre," Christina Dodd, comes a white-knuckled suspense of this remarkable mesmerizing series (Library Journal starred review) set in the quaint---and deadly---coastal town of Virtue Falls... 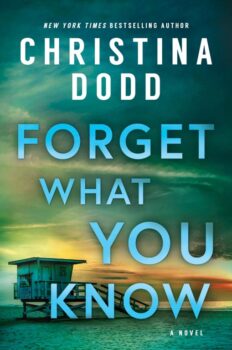 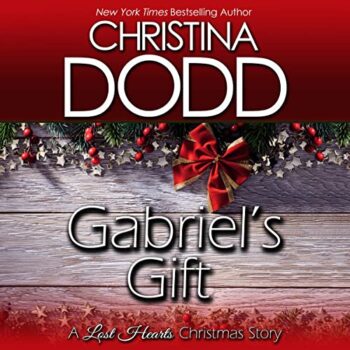