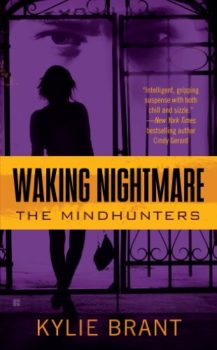 He knows where you live. He knows your deepest, darkest fears. And now he'll make you live them....

A serial rapist is stalking Savannah, injecting women with a designer drug before subjecting them to sadistic sexual torture. The Savannah-Chatham Metropolitan Police Department has no leads. No suspects. What they do have is a mounting victim count and task force lead detective Ryne Robel.

His team is short on time and manpower. What he needs is more hours in the day and another detective. What he gets is forensic psychologist Abbie Phillips assigned to the task force. Not only is she an outside consultant from THE MINDHUNTERS agency, she's a shrink, or close enough to it, who is unlikely to be of any use at all, except to needlessly drain the already strained SCMPD budget.

Abbie isn't worried about having to prove herself to Robel, and the case offers the opportunity to put old ghosts to rest once and for all. But the past melds with the present when her emotionally fragile sister shows up unexpectedly and Abbie is forced to face her own childhood trauma inflicted by her sexually abusive father.

While Abbie and Ryne get closer to catching the person terrorizing women in Savannah, suspicion falls on cops and family alike. Not until nearly too late do they discover that the person they're looking for has been allowed much too close. What the vicious psychopath has learned about each of them has provided him with the necessary information to plan his next attack. One that will use their greatest fears to destroy them, unless they can unmask him first.