One person who comments on today’s blog will win a $25 BN gift card!

(Dr. Zack Winston cannot fathom why his former patient, Carl Barnett, succumbed to sudden cardiac arrest. Perplexed or not, he must cover his assigned duty shifts in the ER. His boss, Dr. Dennis King, makes an unscheduled visit.)

Monday back in the ER, Zack was slammed with patients. In addition to the expected tide of individuals who put off ailments and injuries over the weekend to hoard precious leisure time, a morning-rush-hour multi-vehicle fender-bender on the nearby Capital Beltway added to the workload. A flock of would-be victims walked in to “get checked,” many with visions of insurance settlements dancing in their heads. He spent the morning “meeting and streeting,” triaging and treating a mix of sick, injured, and worried-well. The latter tended to be the most demanding.

The pace slowed around three o’clock. He used the hiatus to guzzle his homemade health drink (like his post-run concoction but with more protein). He was still hungry. Screw it. He hustled to the hospital food court, bought a half-pizza, and hurried back to the ER lounge to eat while he had the chance.

Dennis King entered as Zack shoved a second wedge of pepperoni and cheese into his mouth. Dennis carried a manila folder in his right hand. He was on “admin time,” a day of desk-riding and computer-clacking, not a revenue-generating clinical shift.

Still chewing, Zack greeted him with a head nod.

Dennis saw him glance at the folder. “Autopsy report.”

Zack wondered if Dennis knew he had spoken with Eric Wolfe. He swallowed the food. “And?”

“Clean coronaries. Cause of death signed out as arrhythmia.”

“Good news, right? Not for Carl Barnett, but for us. He didn’t have pre-existing coronary disease, so how could we anticipate his cardiac arrest?”

Dennis scowled. “We can’t discuss that case. I have a document in my hand. I never mentioned a patient’s name.”

Monica Harris appeared in the doorway. “Doctor Winston, chest pain in One.”

Zack tossed the pizza crust into the box, took a quick swig of his drink, and followed Monica to the treatment area.

They reserved Bed One, closest to the resuscitation room, for evaluation of patients with acute chest pain. Carl Barnett had occupied that space three days ago. Today’s tenant was a sixty-two-year-old pudgy fellow in obvious distress. Monica spoke into Zack’s ear. “Abrupt onset of crushing pain in his mid-chest while mowing the lawn. Wife drove him here.”

Pellets of sweat dotted the man’s forehead. Wide, frightened eyes surveyed the surroundings while nurses and techs started an IV, positioned a green-plastic nasal cannula to deliver oxygen through his nostrils, and pasted EKG leads to his chest and extremities. Zack shook his hand. Calloused yellow-stained fingers, sallow skin reeking of stale tobacco. “How long since the pain started?”

“Ever had it before?”

“Not like this.” Breaths came in shallow, rapid puffs.

A tech handed Zack the completed EKG. What he’d expected. “ST elevation in the precordial leads. Call a STEMI. Start the protocol.”

The unequivocal EKG, along with the acute symptoms, age, obesity, and smoker status, confirmed ST-segment elevation myocardial infarction, or STEMI; an evolving heart attack. Sudden blockage in a coronary artery had interrupted blood flow to a region of the heart. The muscle—myocardium—was dying but not yet dead. Zack recalled the axiom: Time is muscle. Muscle is life.

At Bethesda Metro Hospital, “Time is muscle” meant urgent heart catheterization to open the occluded artery with a tiny balloon threaded to the heart via catheter from the femoral artery in the groin. They had a narrow time-window in which to restore circulation to the compromised heart muscle before it became a hunk of inert tissue; or worse, the damage spread and killed their patient. Their goal: “door to balloon” in less than thirty minutes. 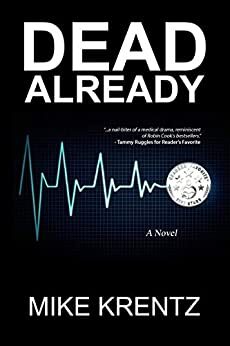 “Code STEMI, ER. Code STEMI, ER.” That announcement over the PA system summoned a specialized team to the patient. Meanwhile, the ER staff administered chewable aspirin (as a blood thinner), morphine by IV (to relieve pain and anxiety and reduce stress on the heart), and IV heparin (another blood thinner for the catheterization).

Zack stepped aside for the clamorous arrival of the STEMI team, led by Dr. Sevati Prakash, head of cardiology.

He passed her the EKG. “Textbook.”

Sevati skimmed the tracing, nodded, and approached the patient. “Sir, I’m Dr. Prakash, a cardiologist. You are having a heart attack, but we will do all we can to reverse it. I am taking you upstairs for heart catheterization. We expect to remove a clot in one of your coronary arteries, then we will place a stent to keep the artery open. Understand?”

The man nodded, a mask of terror frozen on his face.

Sevati gestured to the team. “Go.”

In an instant, a gaggle of six attendants wheeled the bed with the patient, attached IVs, oxygen tank, and heart monitor out of the room.

Zack stood alone in the abandoned space and looked at the timer on the wall. Twenty-two minutes from the patient’s arrival. 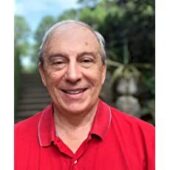