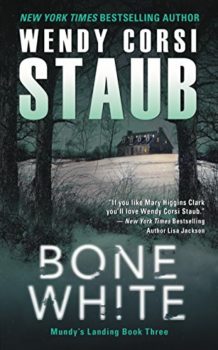 With every release, I tend to reflect over a career that’s spanned twenty-five years, about ninety novels, and more giddy heights and death-defying plunges than the Coney Island Cyclone. Going over interview questions for the round of PR my publicist arranged, I see many variations on “How did you get started?” “How did you achieve success?” and “What advice do you have for aspiring authors?”

The long answer: I decided to be an author in third grade, and every decision I made going forward was based on that goal. As a college English major, I landed my runner up dream job at a local family-owned bookstore, The Book Nook. What budding novelist/cash-poor English major wouldn’t covet a position that allowed—encouraged—employees to sign out and read the latest book releases, right out of the publishers’ shipping cartons, for free? The owners wisely wanted staff to be informed about what was on the shelves so we could hand-sell to customers.

A section at the front of the store held all the books that had snagged coveted spots on the weekly New York Times bestseller list. Every Saturday, as I rearranged the stock to feature those titles, I knew that I no longer just wanted to become an author—I wanted to become a New York Times bestselling author. I thought that if I could just achieve that dream, I’d be set for life.

Mass market, you probably know, is commercial paperback fiction. The kinds of books you find everywhere–not just online and in bookstores, but in drugstores, grocery stores, airports.

After DEARLY BELOVED did well, my publisher gave me a two-book contract and moved me into hardcover. Those books got decent reviews, but didn’t break out the way anyone—especially me—expected them to.

In one of those “You might want to sit down for this” (and not in a good way) phone calls, my agent said my publisher was going to move me back into mass market with my fourth suspense novel. He was hoping to break me out, thinking customers who weren’t willing to take a chance on a new author for $20 might be willing to spend $5.

I was disappointed, and embarrassed. It felt like a step backward. But I swallowed my pride and trusted my editor.

His instincts were dead-on. My fourth adult thriller, THE LAST TO KNOW, was released in February, 2002. After the first week on sale, I was home alone with my toddler sons when my editor called.

“Are you sitting down?” he asked.

I sat—but not for long.

I went laughing and crying and dancing around the house with my boys and made hysterical phone calls to my husband and my parents in the middle of their workdays. I was a bestselling author! I’d done it! It wasn’t the New York Times, but that was coming. I could feel it.

I optimistically—and naively–thought that the hard part was over. I assumed my next suspense novel would hit not just the USA Today list, but also the New York Times.

That book, IN THE BLINK OF AN EYE, while critically acclaimed, didn’t make any list at all. I kept busy with my family and reading and writing, but I felt like I’d taken another step backward. I was terrified that this time, it wouldn’t lead to a happy ending.

But the following year, my sixth thriller, SHE LOVES ME NOT, skyrocketed to the mass market New York Times list and stayed there for over a month.

I got the phone call from my editor on a rainy Wednesday morning in February. That was the thrilling moment that stands out more than any other in my 25-year career.

I was a New York Times bestselling author and no matter what happened from there on in, no one could take it away from me.

But was I set for life? 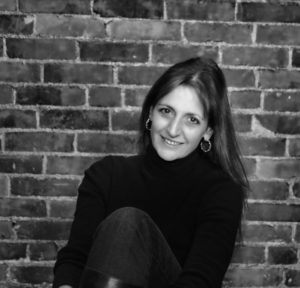 I’ve since published dozens of books, a handful of which have been Times bestsellers. Making the list wasn’t the magic bullet that catapults an author to a conflict-free happily ever after any more than missing it was career suicide.

This is the advice I give to aspiring authors, advice I’ve taken to heart myself: work hard learning your craft and writing the best books you can, hoping they’ll find their way into the hands of enthusiastic publishers and loyal readers.

Yes, you should set goals. I do. But I’ve learned not to make predictions, other than this: BONE WHITE will not be making New York Times list.

The paper broke the news in late January. No, not that news.

In perhaps the only item that week unrelated to the storm of controversy surrounding our new president, the newspaper announced the abrupt discontinuation of several longstanding weekly bestseller lists, including mass market fiction. For most people, this tidbit got lost in the political media storm, but in my professional circles, it was a bombshell. Reading between the lines, one can’t help but sense that the venerable Times has devalued commercial fiction–authors who write it, publishers that produce it, bookstores that sell it, consumers who buy it.

I learned long ago that you can’t measure success in list rankings or sales figures. If you’re lucky enough to do something you love every day of your life—and to find yourself surrounded by people who value and are passionate about your work—you’re truly set for life. 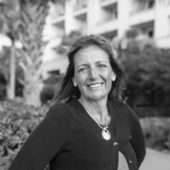