Although I’m still crafting the follow-up story to FANNY NEWCOMB AND THE IRISH CHANNEL RIPPER, this year I took a break from novel writing to write two short stories. One of them, “Kate Chopin Tussles with a Novel Ending”, is slated for publication in 2019 in the upcoming Fault Lines anthology from the Northern California chapter of Sisters in Crime. Another of my stories, “Mr. Borden does not quite remem—”, was published in October in Kings River Life; you can read it now.

Since I was having so much fun writing short stories this year, I seriously thought about writing a mystery-during-Christmas story set in Fanny Newcomb’s 1889 New Orleans. All of the core crew would be in the story, of course, and their quest would include a crime appropriate for the holiday season. Not a gruesome murder, but some other type of historically accurate mayhem or misdeed.

But time got away from me and I did not write “The St. Charles Avenue Christmas Caper” or “The French Quarter Fireworks Fiasco”.

But you can. You can write your own short story set in 1889 New Orleans, because I’m sharing some of my research with you. Just consider it my Christmas present. (I know, a real short story is a much better present, but…research is what I’ve got to give.) 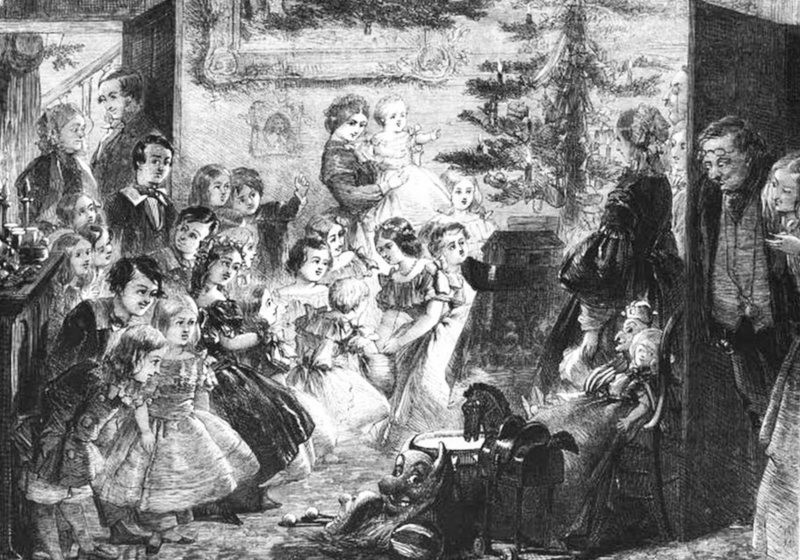 Gift giving in the Gilded Age…nary a short story in sight!

Burglars broke into the office of A. Riggs & Bro., cisternmakers, and demolished the safe.

Matt Finnerty ran his left arm through a pane of glass in the barroom corner of Philip and Howard streets and received a painful cut across the wrist.

Judge Dreux yesterday had 107 culprits before him, most of whom were drunks, the remainder being tinhorn blowers and young fellows arrested for promiscuously shooting giant firecrackers.

Mrs. Nelson was shot in the right hand and had her little finger fractured by her son Fred, aged 15 years, who was playing with a toy pistol.

Under the inspiration of Christmas whisky, Tim Tiernan entered the grocery store of Mr. Louis Fink, threw down on the counter, and broke several bottles on the bar. Then he quietly gathered himself together and skipped.

Forty people were tried before Judge Murphy for getting on a spree and celebrating Christmas Eve. They were fined from $1 to $20.

There’s just so much good stuff here that you could write one, two, or three stories. One hundred and seven culprits! Tinhorns blowers! Giant Firecrackers! Spirited sprees! Demolished safes!

But I did promise you a killer idea, and if you must include a murder in your short story about 1889 New Orleans, here you go: 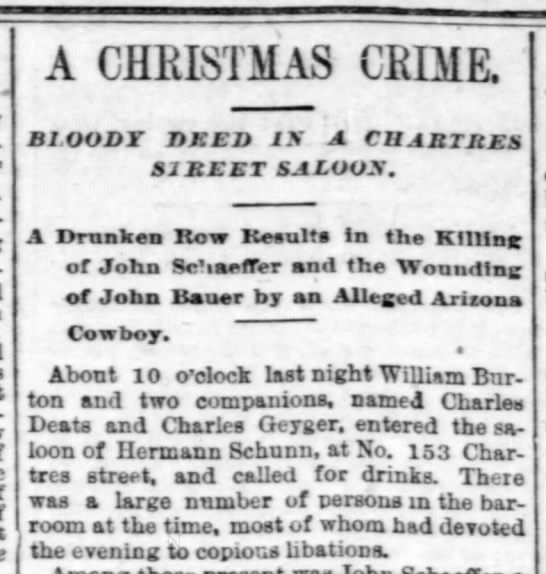 And if you’d like a different type of Christmas story, here’s another present—a link to an original manuscript facsimile of Charles Dickens’ A Christmas Carol.

Happy Holidays to all!