Carolyn Haines (aka R. B. Chesterton) grew up with both parents working as journalists, and she was bitten by the writing bug at a very young age. Her three ambitions were to be a cowgirl, a mystery-solving sleuth like Nancy Drew, and a writer. Today, she has basically accomplished them all. She is the author of the acclaimed Bones mystery series and in addition, she works as an advocate for humane treatment for animals and operates a small rescue on her farm (7 horses, 9 cats and 6 dogs).

Haines claims to have had "the last golden childhood of the South." She grew up in Lucedale, Mississippi, a town of 3,000 in the Southeastern Pine Barrens. She rode her bicycle all over the county with her wonderful dog Venus and employed her imagination to create adventures with her friends.

She worked for nearly a decade in the news business, covering local politics, the state legislatures in Alabama and Mississippi, spot news, writing a personal column and her favoritewriting features and using photography to illustrate the story. With her mother, she ran a statewide bureau in Mississippi for the Mobile Register and the Mississippi Press. As part of her journalistic adventures, Haines covered an armed robbery on horseback, hopped a freight train, and rescued a young, injured bald eagle from certain death. She was the first female reporter hired on the news side of the Huntsville Times.

At the same time, she began writing short fiction for personal satisfaction. Under the sway of Eudora Welty, Flannery O'Connor, Doris Betts, and Lee Smith, Haines wrote about the landscape and the people she knew. The end result was being accepted by an agent who urged her to "write a novel."

Another huge influence was Harper Lee and TO KILL A MOCKINGBIRD. Haines's first novel was SUMMER OF THE REDEEMERS, a coming of age story set in 1963 rural Mississippi and published in 1994. Haines was honored in 2010 with the Harper Lee Award for Distinguished Writing.

From general fiction, Haines drifted into mysteries, and THEM BONES, a humorous mystery with a wise-cracking ghost, was bought at auction. The stories center around Sarah Booth Delaney and her friends. The fourteenth book in the series, BOOTY BONES, was published May 20, 2014, by St. Martin's Minotaur.

While writing the lighter mysteries, Haines has continued to write in the darker terrain of the crime novel. PENUMBRA and FEVER MOON (both St. Martin's Minotaur) are historical crime novels.

She lives on a farm with her "critters." They are the terror of the neighborhood. 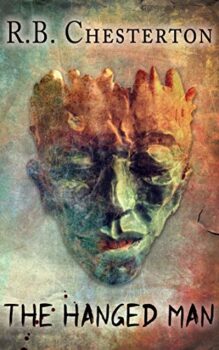