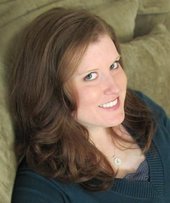 Anna Lee Huber was born and raised in a small town in Ohio. From a young age, her imagination was boundless. She spent her summers with her four brothers and one sister playing Star Wars, wearing snow boots and her mother’s old nightgowns while swinging plastic bats as light-sabers, and The A-Team hanging off the riding lawn mower (what else were they supposed to use for the van?). In the fourth grade, she penned her first story and asked her teacher to read it to the class. Sure, it was titled Prom Duty, and a ten-year-old doesn’t really know much about high school dances, but she chalked it up as her first success. She went on to write several more stories, including a series featuring her own gang of mystery-solving teens, keeping her pen moving despite teenage hormones and a cross-country move to South Carolina.

While pondering her choices, Anna rediscovered her need for creative expression. She began arranging music, and returned to her love of writing fiction. She now pens historical mysteries for Berkley Publishing. A love of history, mystery and romance combined to build the plot of Anna’s debut novel, featuring a heroine who is a talented portrait artist with a macabre reputation. THE ANATOMIST'S WIFE, the first book in the Lady Darby historical mystery series, will be released by Berkley Publishing on November 6, 2012.

Anna is a member of Romance Writers of America, Mystery Writers of America, International Thriller Writers, and the Historical Novel Society. She currently lives in Indiana with her husband and troublemaking tabby cat, Pita. When not hard at work on her next novel, she enjoys reading, singing, travel, and spending time with her family. 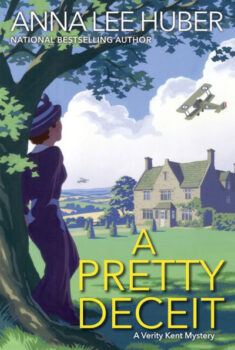